Trump Changes Axis of Planet = Family United
That was the headline of my post at the time. My thinking was that as I observed from the outside, not within the USA, I saw something developing that was operating at a level of energy that would “Trump”, (Sorry) all previous political and leadership events in US history.

Washington and Lincoln, not withstanding, Trump has shown to be a hard working, hard charging and predictably obnoxious president. But, if, as I try to be, you are honest with yourself, he has been able to accomplish a lot in his overtaxed 3 short years in office.

I like to equate things to those which the common person can relate. So, for Trump’s presidency, I choose to consider the USA as a large corporation with him as the newly hired CEO.

The Board of Directors in this case is the House of Reps and the Senate. Well, you see how that works now, in large part to the scrutiny given by the media and world press. The people are the employees.

So, word of advice for the BoD, be careful of showing your bias against the new CEO. The company is making a profit, the employees are being well paid, the shareholders are increasing shareholder value, and the competitors are looking to figure out the best way to do business with you, the USA, the company.

In the USA’s two party system, the Dem’s seem ready to fall into a very serious trap. One that is typically used by terrorists when they are sort of or semi aligned with a government. Namely, they seek an alignment with the government in opposition, and then carry out events that are disruptive to those in power or leadership. Those out of power don’t stand up for the terroristic behavior, rather, they simply ignore it since it helps their cause.

The presidential candidates such as Sanders, Warren, and some in the House of Reps, such as, you know them, AOC, and the gang of three, are allowed to say and do things that typically are prohibited. They are allowed to use their energy and stardom, in the twitter-verse, to get fellow opposition and frustrated voters to stay connected to the cause. This is with the understanding of the actual leadership in the DNC, Democratic National Committee and on the left that when the time comes to select the “one” to lead, all the voters that were kept warm and angry with the “terroristic” type behavior will have no other choice but to fall in line and vote for the Democrat selected.

BUT, the USA is not a socialist country, and the USA is not working by secret select few back door deals. The USA is founded on hard work and fair opportunity to pursue your dreams of a better life for you or your family, regardless of religion, color, national background, lifestyle, handicap, or even affiliation. Just play by the rules.

If your side has a better offer, then, offer it. If your company, i.e., Dem’s version of the company, the BOD and the employees will be able to change the direction or even the product of the company.

Can you imagine, actually imagine a Socialist USA? The fact that there are some people who actually think this could happen is an indication of the incredibly poor education system in the USA.

Socialism and its brother Communism lack the proper incentives inherent in a bell curve of talent, motivation, and accountability or ownership.

The dream is always a fantasy until it is applied to YOU!

2020 elections will be nothing but pure excitement. I’m sure there will be a lot of dirt spread, but in the end energy of Trump and his total commitment, I’d even say selfless commitment to the USA is what my overall point is.

You see, when your actions are for sharing or helping others, you can move worlds! That was my message a few years ago and it is true today. Until the Democrats can come to the party to give something rather than taking to receive more power to impose their control to take more from the employees of the company, like union dues, they’ll not stand a chance, again…

The great thing about the USA’s political system is that it is dirty and open. So, all the garbage gets exposed and the light is always the best disinfectant! 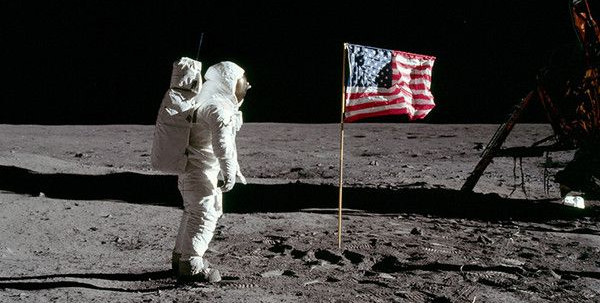